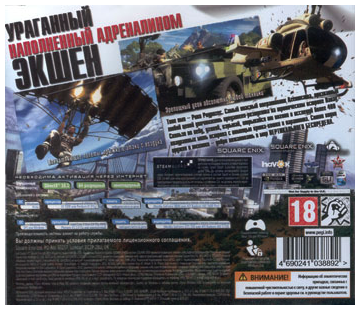 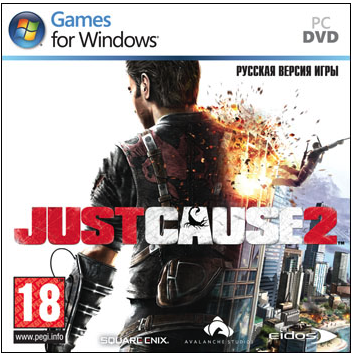 SupSeller information about the seller and his items
offlineAsk a question

JUST CAUSE 2 - STEAM - CD-KEY - SCAN KEY JUST CAUSE 2 - STEAM - CD-KEY - SCAN KEY
The first part of the game was remembered and loved by Russian players, like her hero - the real macho Rico Rodriguez. A desperate lone hero returned to shake up the rotten corrupt regime! The former mentor Rico on subversive work hastened to hide on the tropical island of Panau, taking with him a fair amount of state money. We´ll have to find and roughly punish the scoundrel, but at the same time it´s a good idea to have fun in the atmosphere of general chaos.

You are given complete freedom. Do what and when you want. Carry out missions in random order. Communicate with local groups - or simply shoot everyone and everyone on their way! Steep special effects, chases, parachute jumping, hijacking cars and military equipment, capturing helicopters and planes right on the fly - Rico is ready for any, even the most dangerous situation. At your service - an impressive arsenal of small arms and special equipment, including a proprietary hook and parachute. And compatibility with NVIDIA 3D Vision technology will wreak havoc and destruction in an incredible three-dimensional world.

Before you, the digital license key for Steam. Packaging and other packaging are missing by definition.

Immediately after payment you receive a digital license key for activating Just Cause 2 for Steam. This key is intended for distribution on the territory of Russia.

Activation of the game Just Cause 2 on Steam:
1. Download and install Steam http://steampowered.com/download/SteamInstall.msi, register your account on Steam (if you have not already done so).
2. Launch Steam
3. Click the "Add game - activate via Steam" button and follow the instructions. After entering the key and activating the game will appear in the list of games and you can download it.